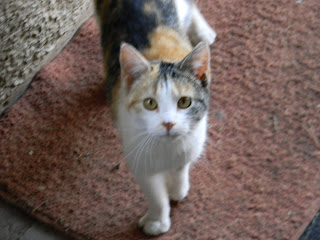 I’m buried in work. I do NOT know how I manage to do this to myself every semester. Anyway, one lovely spring evening this week I was in the middle of grading Stack 6 of 7 folders, and my brain was all, “You degenerate slacker…when are you gonna get this done so you can do the posters for those 2 events, put that literary journal together, read that Honor’s thesis, blahblahnagnagblah…” Bad timing, then, for Ray to suggest, with a big smile on his face, that we take a walk, it was so warm and sunny outside. I went postal, I admit. I shouted something unintelligible (the new official U.S. language, according to the Onion). Poor Ray looked at me like I bit off his arm and beat him over the head with it. So it might be time to take a deeeeeep breath & do some healthy procrastinating… 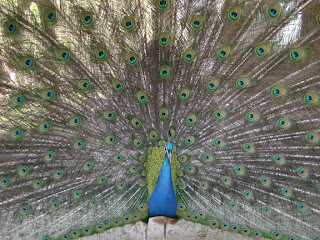 It IS a lovely burgeoning spring at the Row. Our snow is almost melted, the iris and crocus are up, the robins and grackles are back, and the peacocks are in non-stop show mode. The randy males have resumed their “Help! Help!” mating calls, and the fanning/thrumming/rattling/drumming of their incredible train feathers makes the yard look like a Kipling painting and sound like a Robert Bly man-bonding campout. The hens stroll about, playing extremely hard to get and teasing with dainty tailfeather shakes. They’ll be playing these singles-bar games now until late April, when the pasture grass is tall enough to provide groundcover and the hens go to nest. Then by early June, we’ll have new peachicks. 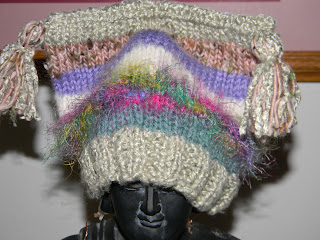 A couple days ago, our Australian Shepherd, Jada, discovered a wee little calico cat in the yard. They were happily sniffing each other when Yogi, the Schnoodle Dennis-the-Menace of dogs, treed the poor thing. There was a nasty scramble to get the dogs inside, and when the cat climbed down, she ran right to the back porch and rubbed against my leg. This tells me that the cat is (a) not afraid of dogs, (b) very tame, and (c) probably dumped (a la “Uh…they’re ANIMAL people…let’s dump it there!”). Sadly, Yogi will not tolerate cats in the yard (all of our barn cats have moved on to greener, more cat-friendly pastures). So if you’re looking for a sweet, friendly, adorable kitty, give me a call—I’ll deliver the kitty to your doorstep. 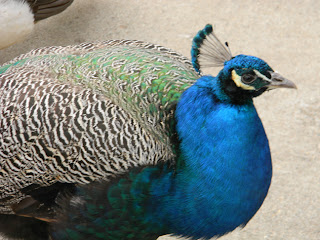 I have three human friends right now expecting babies, too. Two are “more mature” women, closer to my age. I love that a person my age is no longer a generation removed from the new babies. Babies aren’t just for babies anymore, or something like that.
So on this gorgeous spring Friday, I could knit a bushel of silly little baby hats & make a poster to find a home for Little Bit (the calico kitty), or I could get back to work…hehehehehehe…
Posted by mars at 9:35 AM No comments:

The Ides (and dangers) of March 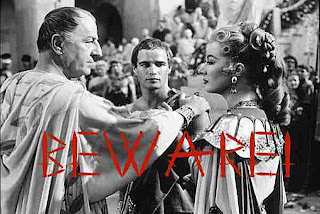 THE IDES OF MARCH


The seer was right to warn us,
beware the ides of March.

It’s a dangerous time, peering
through iced windows at the jeweled
tease of crocus and daffodil.
We've weathered another season
of deep-freeze, locked up tight
in muscle and mind. We're tired
of winter’s grey and gritty leftovers.
But this is no time to get careless,
toss a floorboard heater through
the beveled glass and go out,
where Spring flashes her flannel petticoat
embroidered in pinks and greens,
leaves us gaping, breathless,
in air still cold as a knife blade,
stripping off the down.

Marcella Remund
Posted by mars at 6:25 AM No comments: 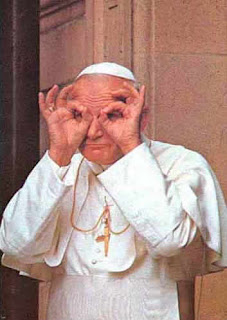 I’ve been thinking about poetry a lot lately. I’ve been teaching poetry and the writing of literary essays about poetry in my lit classes, and my creative writing students have been working on their own poetry. I’ve been struggling, trying to explain why poetry matters, how it’s different from any other form of writing, where poets come up with the subjects of their poems & why they bother. I have loads of teacherly answers to these questions, and I love to listen to the discussion these questions can generate in a classroom. But honestly, I don’t know. Not ANY of it. And I’m not being evasive, or snobbish (as in, I know but can’t possibly tell YOU), or falsely self-deprecating—the befuddled writer who’s secretly in Stage 4 of Buddhahood. I seriously just don’t know.

Here’s a good example. At the same time Pope John Paul II was on his deathbed, I was down for the count with a brutal case of bronchitis. I lay in a recliner, wrapped in a sleeping bag, watching CNN’s 24/7 coverage of the Pope’s eminent demise. For three days (seriously…THREE days), I wandered in & out of a fever delirium, waking occasionally in a hazy fog, with some tidbit of news about the Pope drifting into my brain like a dream. At one point, I woke briefly to hear a physician commentator explain why the Pope was having difficulty breathing (I was a symphony of bronchial wheezing & coughing myself at that time) and I KNEW in that momentary, cosmic way of delirium, that the Pope and I were ONE…united in a crazy Vulcan mind (and pulmonary) meld. He drifted in & out of my consciousness after that, in a surreal, fever-induced slideshow.
But here’s the really weird part: my fever & brain fog finally broke when the Pope died. I’m not Catholic, and I hadn’t given ANY Pope a second thought before then. Still, this feeling stuck with me—the feeling that my buddy John Paul and I had had a moment. It stewed for a few months, and then this poem spilled out, nearly complete...
MARCH 31, 2005: MEDITATIONS IN EIGHT
Midway through a 104-degree
delirium I wake briefly
in sudden profound joy
to the certainty
that John Paul and I
bed-bound feverish brethren
are steeped in a mind meld—
I drift off again.
Illuminated in scarlet
weightless now
we pirouette
in a breathless dervish
lungs laboring in thick air
above a blue fog chasm
that separates the living
from the dead.
Stunned by the
silence, the grace
of this dance, my clever
thoughts hang in blue blue blue
air, like a useless bridge.
I grin my schoolgirl grin
and he names me
Only Love.
Two days later the fever breaks
he whirls on without me
I click back into clever
and must not speak of this
how I know I’ve been sick
how I know I’ve been cured
above a foggy precipice
by love, only love. 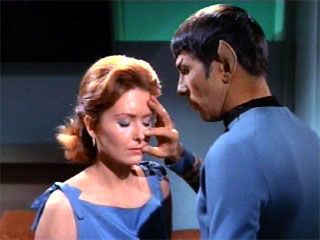 So there it is. I know what got the ball rolling, but I still don’t know where the poem came from, why, what it all means, whether or not it matters. It's all a big fat mystery to me. And I’m fine not knowing.

As a side note, I learned long after his death that the Pope had been a poet in his younger years. Go figure…
Posted by mars at 11:53 AM No comments: